Take a minute to peruse this installment of 'Springfield Present and Prospective,' the early 20th century non-fiction collaborative work that explores Springfield's place in the sun circa 1905.

This begins the chapter 'Art and Literature,' authored by Charles Goodrich Whiting, author, poet and longtime literary editor of the Springfield Republican.

There is probably no other city of its rank in this country so distinguished for its possession and its appreciation of art as Springfield. Its own production in painting or sculpture is not large, - in fact it has not produced a single sculptor; even its mortuary monuments are designed if not executed in Italy; while its painters, though we shall presently do them deserved honor, do not transcend in ability or exceed in number those of other cities no larger or more cultured. But the city which gives a home to the great and various art collections of George Walter Vincent Smith, - a home of beautiful architecture, without a fellow in its proportions and contents, - has no rivalry in comparison; and the support which for thirty years it has given to an annual exhibition of the art of American painters testifies to something very unusual in the constituency of the region.

The most extraordinary feature of the culture of this city is undoubtedly the Art Museum. It is now famed even beyond the boundaries of the continent; it is known in the European capitals and in the great east of far Asia. This is because it houses the collections of Mr. Smith. To this remarkable man is in simple truth due the credit for our reputation. The way in which he came to make his collections, and the causes which led him to choose the people of this city and its vicinage for his beneficiaries, must be known in the first place.

Mr. Smith is descended of a long New England ancestry, clearly traced from 1639. when Giles Smith settled in Hartford; and in his eight generations in America there came into his Puritan heritage twice a strain of the French Huguenot, which he regards as of moment in coloring his temperament and inducing his irresistible passion for art; which, while it never led him to essay any field of production, has swayed his whole life. Not to dwell upon the business career of many prosperous forebears, including his father, who died when he was two years old, it must be noted that he himself began work as a youth with a New York importing house, and rose to be its confidential assistant and manager; that later he engaged in a manufacturing enterprise on his own account and was prospered therein, but retired from it in 1867, when he was but thirty-five years old, to pursue a career more to his preference - the cultivation and development of his aesthetic tastes. He gave up money-making except as an incidental means of indulging these tastes, and having when only eighteen years old begun the acquirement of beautiful examples of art, this has been, ever since his retirement from active business pursuits, the one object of his life. Abjuring all display and luxury of living, he devoted his years to the culture of the art sense in Europe, in the society of artists and connoisseurs, and among the treasures of its galleries and museums, never neglecting interest in American art, and becoming the friend and patron of our home artists. He traveled widely, and became known first in Europe, and then by his purchases to the purveyors of Japanese and Chinese art. It is by this devotion to a single purpose that Mr. Smith gathered his marvelous collections, a considerable part of which are now in the Springfield Art Museum.

He came to be a resident of Springfield through marriage with Miss Belle Townsley, daughter of George R. Townsley, a highly-esteemed citizen of large public spirit and individual character. Various circumstances contributed to his determination to make here the final home of his collections and the repository of his lifework. The City Library association, under the wise management of Rev. Dr. William Rice, its first librarian, had been so chartered that it could include as a part of its educational scheme a permanent display of art in all fields, and when the time came, Mr. Smith offered to bequeath to the association his collections, and to endow them, on condition that they should be provided with suitable rooms for their display and their preservation intact and apart from all other gifts. At the same time Mrs. Smith offered her rare and fine collection of laces and embroideries. The conditions were accepted and the beautiful building, planned by the late Walter Tallant Owen of Springfield, in the noted architectural firm of Renswick, Aspinwall & Renwick, was built. From the bequest of $50,000 made by Horace Smith, $35,000 was drawn for the land, and toward the erection of the building sixty-nine individuals and firms of Springfield subscribed some $90,000, the larger conributors being Miss Harriet B. Hitchcock, John Olmsted, James A. Rumrill, James Kirkham, Miss Amelia Chapin Haile, P. P. Kellogg, Mrs. C. L. Covell and Mrs. Horatio N. Case. The names of all are inscribed on a bronze tablet at the entrance. The building, in Italian renaissance style, is one of the most beautiful examples of befitting architecture in the country. It should be noted that along its frieze, on the south-west side and on the front, are wrought in metal letters the names of the great artists, and for the first time in the world the names of Japanese and Chinese artists rank with those of Europe. In all this work, interior and exterior, Mr. Smith's taste was the governing factor.

There has not been too much space given to these preliminaries, since after all the collections are what make the city exceptional. Mr. Smith's scope of choice has been catholic; while the principal and striking feature of the collections is the predominance of the art in porcelains, cloisonne ware, bronzes, jades, iron, lacquer, and ivory, of Japan and China, there are also shown here the noteworthy examples of the armor of past ages, from complete suits of mail of the days of chivalry in Europe and Japan to the curious weapons of savage nations; missals and gospels of the Christian church before the days of printing, Jewish scrolls and Mohammedan manuscripts, Japanese books, and so on. There are also many examples of ancient carved furniture from Venice and other Italian cities. A striking rarity is a shrine by the famous Jacopo Sansovino. There are also vestments of the Roman church, and aristocratic coats and waistcoats and small clothes of the days "when a gentleman did not dress like a waiter." Several cabinets contain stuffs of the richest weaves and patterns from various lands. Wall cases contain rugs, the finest products of the patient weavers of Hindustan, Cashmere, Kurdistan, Turkistan, Daghestan and other Asiatic countries where this work is being done. Musical instruments are not made a specialty in the collection, but there are a few of these of curious interest - as curious as, more pleasing than, the kreeses of the Malay and the beheading knives - the cimeters - of the Filipinos, which make real to us the barbarisms of the East.

The display of Mrs. Smith's exquisitely chosen and arranged laces and embroideries occupies a number of cases in the largest hall of the museum, which was originally intended for a gallery of paintings, and which now has a few noteworthy canvases, among which is a portrait of a young Spanish grandee by Velasquez - presented to Mr. Smith by Mr. Renwick the architect, and in itself a distinction for a provincial town. There is also in this room a statue of modern Italian art given by Mr. Carnegie, in token of his admiration for the collections and the museum. It is a "Mercury in Repose." A noble wood interior by R. M. Shurtleff hangs on the walls, and a stunning example of the metallic style of painting, "The Village Tinker," by Henry Mosler. Around this gallery are distributed some of the most remarkable items of the Smith collection, among them a number fo Greek amphoras, rescued from the Ionian Sea a few years ago; some great Imari jars, beautiful old cabinets and fine suits of Japanese armor.

In the same building, on the first floor, is a large gallery of casts from the great Greek and Roman statuary, from the Italian Renaissance, from medieval religious sculpture, and though not a great collection, it is one wisely selected, and the room is called the Horace Smith hall of sculpture. There are two attractive audience halls, which open into each other, for the purpose of special meetings and of lectures in behalf of education and culture. These are adorned with many portraits of eminent citizens of Springfield, connected with the great city library institution, and in the halls and reading rooms of the William Rice building are many more portraits of historical value, not a few being also of importance in art; the works are by Chester Harding, William S. Elwell, Joseph O. Eaton, Thomas Waterman Wood, Irene Parmalee and others. The portraits of Doctor Rice, Samuel Bowles, Chester W. Chapin, Dr. David Smith, Horace Smith, George Bliss, Maj. G. W. Whistler - the railroad engineer, father of the celebrated artist James Abbott McNeil Whistler, - William Merrick, a generous benefactor of the city in many ways, after whom Merrick park was named, are here to be mentioned. 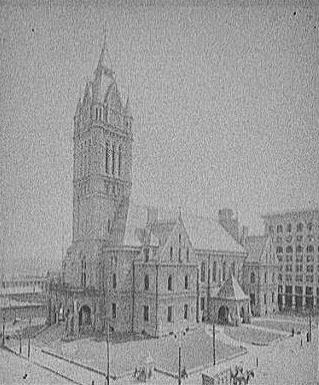 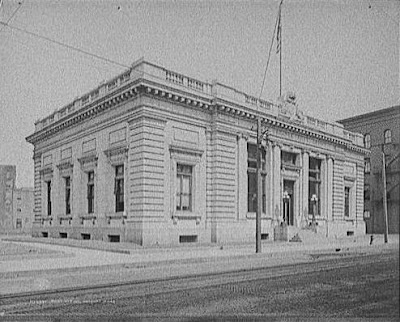 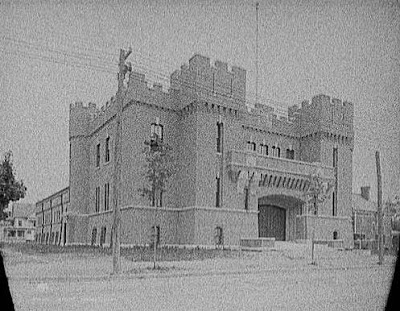 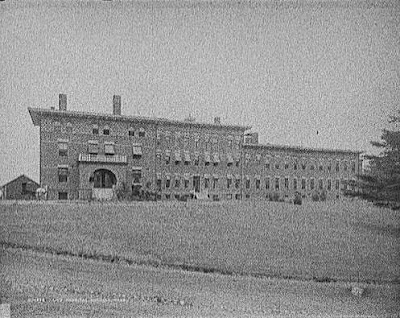 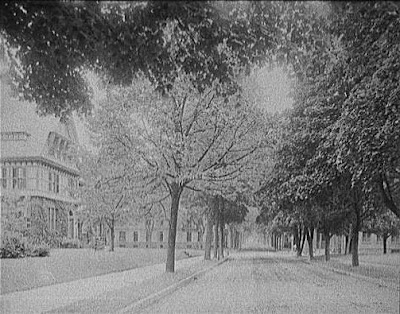 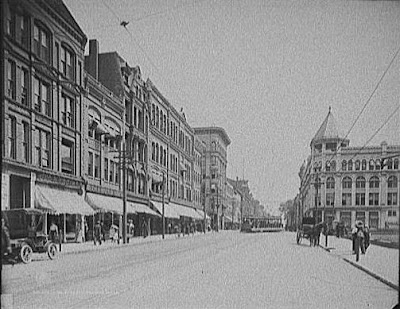 Things To Do In Western Massachusetts 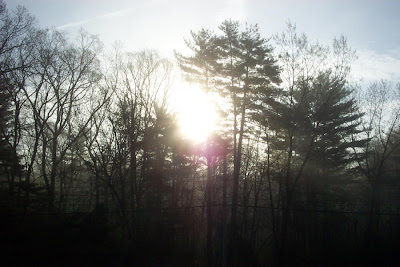 Dawn in the Valley 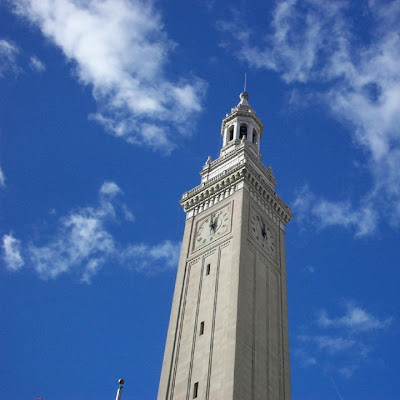 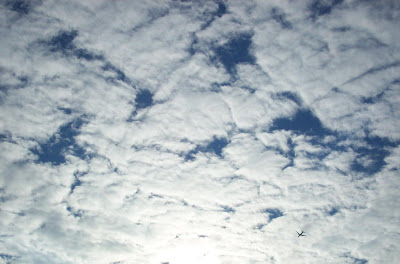 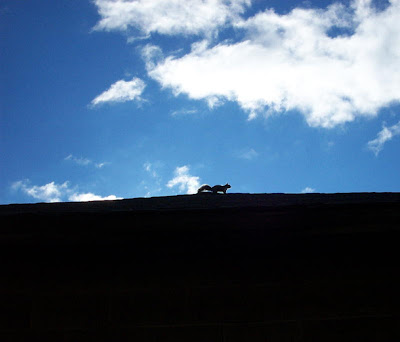 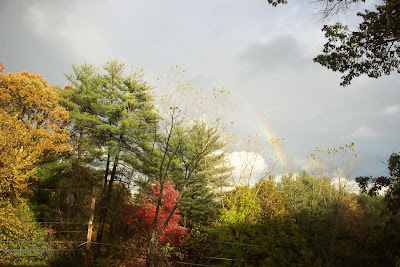 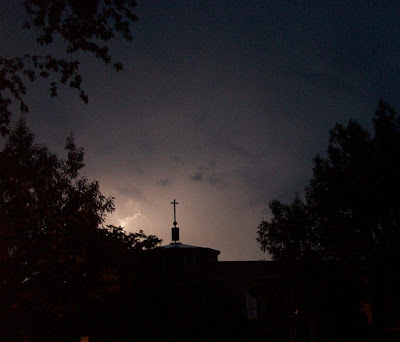 Illumination
Posted by Mark T. Alamed at 5:35 AM 0 comments