The Crane Museum of Papermaking

At first glance, I figured these photographs of the Crane Museum of Papermaking to be pretty old. After all, the government-sponsored Historic American Buildings Survey that commissioned the shots began in 1933, the museum had opened three years before that - in a stone mill that had been around since 1844, and they are in black & white. Then I saw the dates photographer Jack E. Boucher snapped the images: May 6 & 7, 1988, and my first reaction was, 'that's not so long ago.' My second: 'Twenty years, yeah, that's actually kind of long ago.' Time flies when you least expect it.

As the Housatonic River flows by, the years too, whisper away their days and hours: The steadfast and sure Crane & Company began bearing witness to history astraddle the shifting banks of both in 1801, when Zenas Crane began making paper - and his own history - in Dalton, Massachusetts.

According to the company web site:

"In 1799... Zenas struck out to look for a suitable location for his own mill. He found the perfect spot on the banks of the Housatonic River in Dalton, Massachusetts. Two years later, after obtaining sufficient capital, he established the first mill west of the Connecticut River. It was a modest mill, but was recognized early on as producing papers of the finest quality. As early as 1806, local and regional banks began printing currency on Zenas Crane’s fine cotton papers. This was quickly followed by official government proclamations, permanent public records and stocks and bonds."

Oh boy, paper you say. But this is no ordinary paper. No. This paper touches all of our lives. This paper has been a part of just about every major and insignificant event within these glorious United States for 129 years now, whether stuffed in a pocket, wrapped in a wad or tucked in a shoe. Beginning in 1879 - the same year telephone service was introduced to Springfield - Crane & Company cotton paper became a part of every American's life. That was the year the company received its first government contract to produce the paper used for United States currency, a contract it has held since. On the beaches of Kitty Hawk and Normandy, in the trenches of World War I and the muddy fields of Woodstock, at the Watergate hearings and the Chicago World's Fair, under the pillows of children, one tooth shy: Crane & Company has been there, the firm's longevity a testament to its products' quality. Now if I could just transfer some of that Crane & Company longevity to the amount of time their paper stays in my wallet...

One way to collect Crane & Company cotton paper - or at least hold on to it for a little longer - is to find free stuff to do within the traveling range a few gallons of gas will get you. The Crane Museum of Papermaking, at 30 South Street in Dalton (map), fits that bill, with free admission and a reasonably close location for most Western Massachusetts folks. The museum is open weekdays only, from 1 to 5 pm, June to mid-October. For more information, visit the museum web site (link). 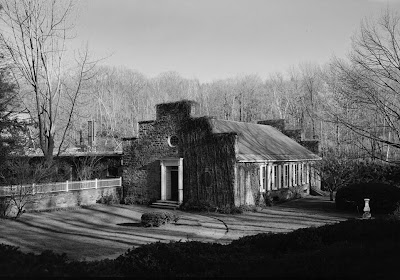 Built in 1844 and listed on the National Register of Historic places July 1, 1983, this building once served as a mill for Crane & Company paper makers. It has been home to the company's museum since 1930. 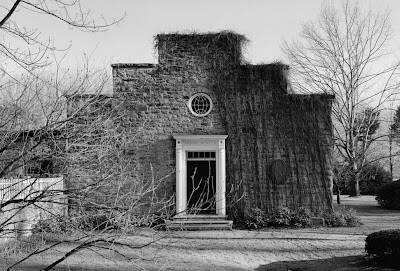 The rocky soil of Western Massachusetts is the bane of farmers and the boon of builders. Stone has long been a popular construction medium for the craftsman with an eye on the centuries ahead. 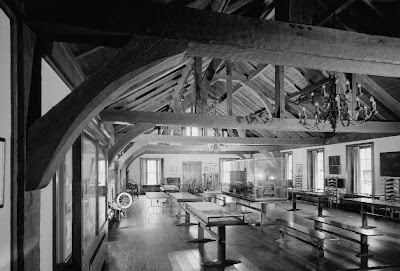 The interior of the museum gives one the illusion of being in an upturned hull, and indeed, the museum web site reveals that the design "...resembles the Old Ship Church in Hingham, Mass." 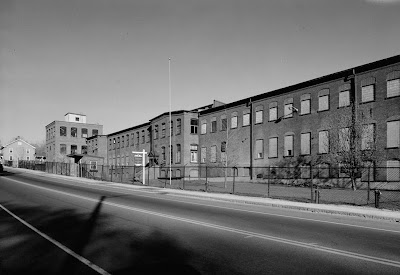 The Crane & Company factory on South Street in Dalton, as photographer Jack E. Boucher saw it in 1988. Western Massachusetts - especially the town of Dalton - can be proud of this red, white & blue business: All Crane paper is still made in the USA, right on the riverbank in Dalton, where Zenas Crane first planted the roots of quality and pride in craftsmanship 207 years ago.

Again I love your writting and how you find interesting "things" to take a look at. My fathers family worked for Crane and Co. for generations. My grandmother, great grandparents and great great grandparents as well as many assorted aunts and uncles are burried in Dalton in a family plot awarded to the family years and years ago as a "perk" of working for the mills. I have spent endless afternoons sifting through the old hand written birth and death records in Dalton doing family research and indeed I have been to the museum. A small but interesting place.... the size of the museum does not do the mills justice... there is so much the mills and the crane's have done for that small community than can be depicted in that tiny building.

I forgot to add... the crane mill building in Westfield on the banks of the little river... was part of the same Crane family. Even though the buidling now bosts a large sign with the picture of a bird on it. Just thought you might like to know :o)

Thank you, Kim! Good to hear from you again.