195 State Street: Sweatin' in the Oldie

Some jobs are tougher than others come the dog days of summer. Roofers, road crews, fire fighters, shade tobacco pickers and office workers come to mind right off the bat. Wait a minute. Office workers? Why sure, especially when those fine filing folks happen to be melting away in poorly-ventilated old buildings built in the day when impressive architectural appearances outweighed the productive proclivity for practicality.

The offices of the Springfield School Department at 195 State Street fit that description. First occupied on July 3, 1905, as the headquarters of the Springfield Fire and Marine Insurance Company, the limestone Classical Revival-style structure is infamous for its warm weather oven-like qualities among the 150 or so education employees who work there year 'round. In a Springfield Republican article (link) dated August 4, 2008, Finance Control Board executive-director, Stephen P. Lisauskas, told the paper: "That facility, it's not even close to being an efficient model for a modern workplace." What a difference a day (or thousands of them) makes. In the book, 'Springfield Present and Prospective,' author J. Frank Drake avers - much to the contrary - that the brand new home of Springfield Fire and Marine is "...complete and adequate in every respect, finely appointed and fitted with every modern convenience and device for the transaction of the underwriting business of today..." Of course, when Drake was writing, in 1905, electricity was a "modern convenience," a welcome sparking citizen less than two decades old within the city's borders.

Here are some images of 195 State Street, all but the first and last scanned from the aforementioned book. 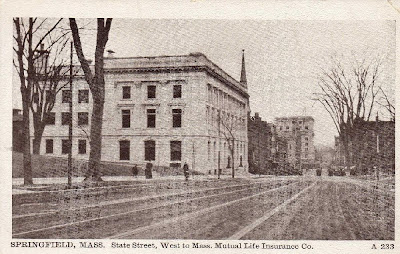 This postcard from the Barbara Shaffer collection captures two major Springfield-based insurance companies in one image. The Springfield Fire and Marine Insurance Company is in the left foreground, the eight-story Massachusetts Mutual Life Insurance Company building in the westerly distance, on the corner of State and Main streets. Both began business in 1851. Notice the tracks of the Springfield Street Railway running along a hard-packed dirt State Street. 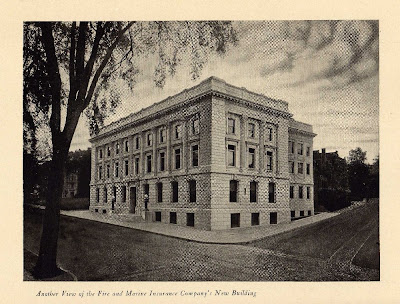 One modern convenience lurking around the corner from 1905, the automobile, was certainly not planned for in the footprint of 195 State Street, with virtually no land put aside for parking. 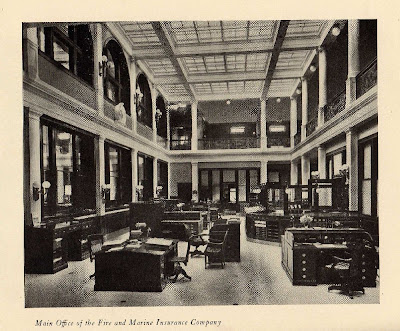 Not a clerk or agent a'stirring. Must be lunchtime. Or a hot summer afternoon... 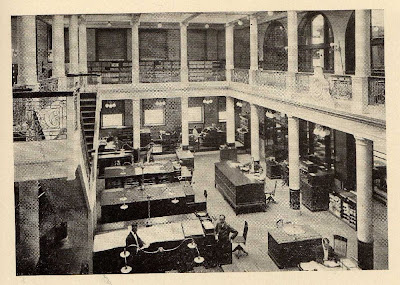 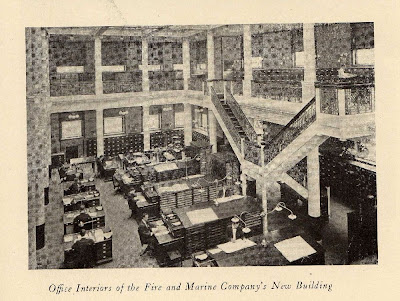 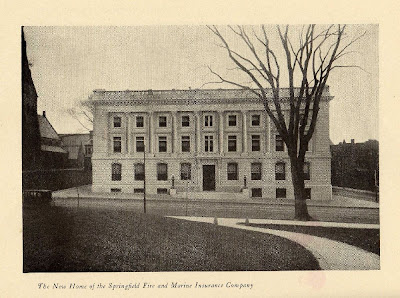 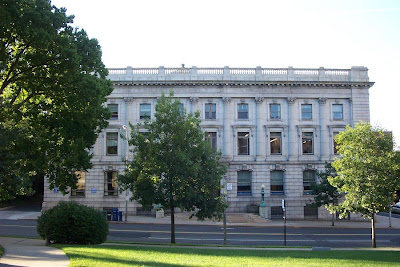 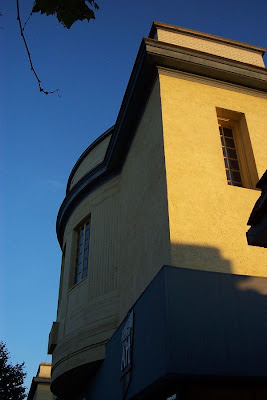 Life is rife with edges and corners, sharp turns and sweeping arcs. 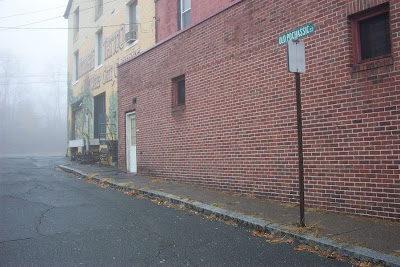 Some are clearly marked: Named by those who have come before. Birth, Love, Marriage, Death... 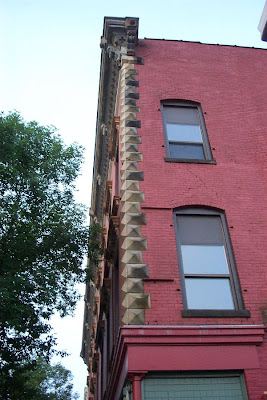 Others draw you toward them with anonymous promises of beauty, confident edges overlooked until the fall to hard earth. 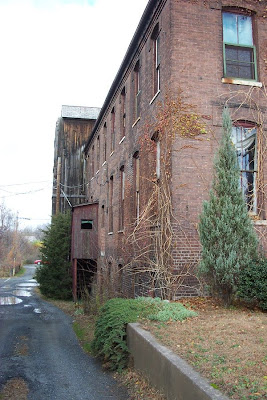 Still other corners and edges are dulled by time, the hands that formed them long drawn idle, the mortar that joins them long since cured. 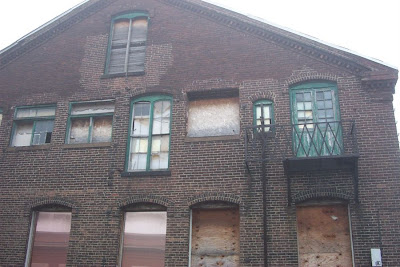 Most are mysteries waiting to be unraveled, the truth sometimes best left to the imagination, sometimes unavoidable. 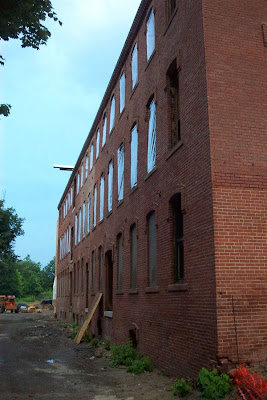 Others reflect back the image that approaches, chameleon eyes and mirrors hiding secrets beyond. 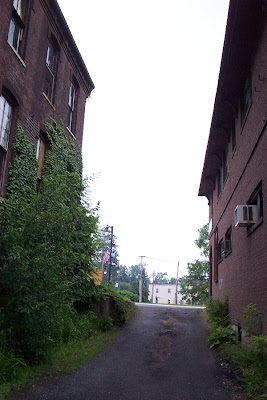 And choices and possibilities are indeed impossible to avoid confronted with a corner or edge. Darkness or light - joy or sadness - life or death? 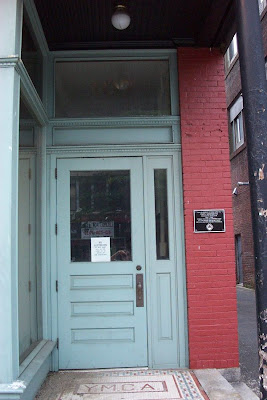 In or out? Around or through? Each door an option set to creak open or throw tight its bolt. Each corner a journey's leg, each edge a border of life, a marking of time...