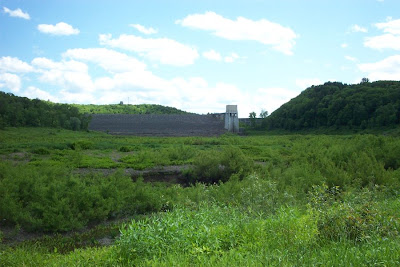 Knightville Dam controls the flow of the East Branch of the Westfield River in Huntington, Massachusetts. Built by the Army Corps of Engineers over the years 1939-1941, the project was a response to the devastating flood of March, 1936, and is just one facet in a comprehensive system of flood protection for the Connecticut River Valley. 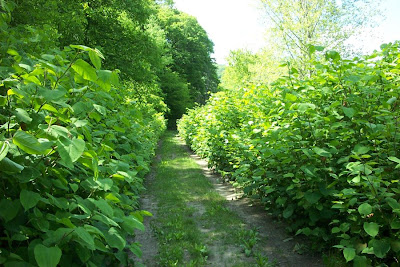 On a recent visit, the president of Ireland, Mary McAleese, said of Western Massachusetts: "In Ireland we talk about 40 shades of green, but I think here you must have 140 shades of green." President McAleese is right...and they are all represented in living color at Knightville Reservoir. 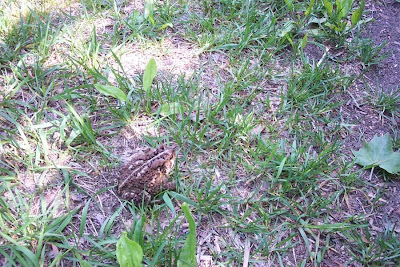 It's nice to bring a friend on a walk. Or to make one on the way. 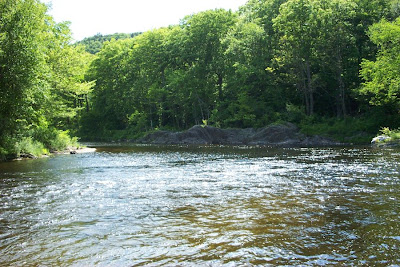 The Westfield's East Branch twists and turns southward to a downriver rendezvous with the Middle and West Branches on its constant journey to the Connecticut River, Long Island Sound and the cold, dark Atlantic. 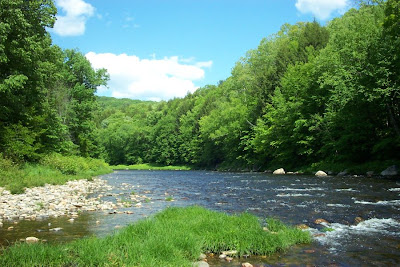 All days are a gift. Some are a treasure. 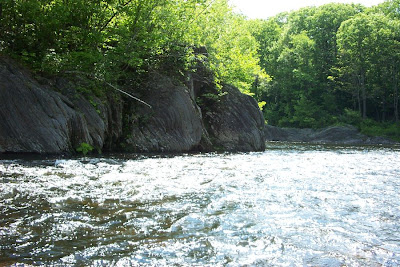 Without banks, without sentinels of stone playing walls to water's unthinking rush down the path of least resistance, there would be no rivers, no lakes, no seas. People are like that. Some are banks and some are rivers. Each is necessary to the others' existence. 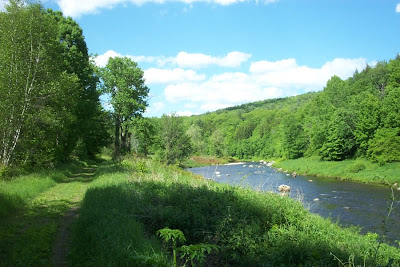 Beauty is good for the soul. Western Massachusetts is an easy place to find visual joy. 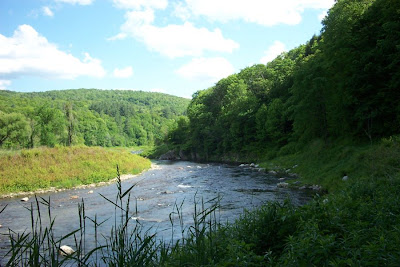 Snow and ice and barren branches and earth annually give way to a thick floral carpet tall with trees and grasses and vines as the pendulum swings to Spring in Western Massachusetts. And the river rolls on...


For more information and directions, visit the Army Corps of Engineers Knightville Reservoir web site at:

For general directions, here's a link to a map of the area from Google Maps.

The photographs above were taken along the west side of the river, accessed by going north on Route 112 to Old Worthington Road to the Knightville Wildlife Area Road, as shown on the map. There is parking at the end of the Wildlife Area Road. It is a beautiful walk along the river north from here. The Army Corps web site has directions to the south side of the 1200 foot long dam, which offers a tamer, picnic-tabled and manicured (but no less interesting) section of the reservoir.

And here's a link to an EWM post with autumn photographs of the same area: Photos: The Westfield River's East Branch.

Quabbin Reservoir, built by displacing the residents of the four towns of Dana, Prescott, Greenwich and Enfield (as well as several villages) and then damming and flooding the Swift River Valley in Central Massachusetts, is a draw from all compass points.

Here's a handy page of Quabbin-related links to assist you on your Swift River Valley travels and explorations. (Updated September 17, 2010)

"The Department of Conservation and Recreation (DCR) is steward of one of the largest state parks systems in the country. Its 450,000 acres is made up of forests, parks, greenways, historic sites and landscapes, seashores, lakes, ponds, reservoirs and watersheds." ~From the DCR web site.

"This website provides information on drinking water quality, the health of Boston Harbor and Massachusetts Bay, progress on projects to improve water and sewer infrastructure, community assessments, school education, and many other MWRA programs." ~From the MRWA web site.


A History of the Development of the Metropolitan District Commission Water Supply System (1984), Prepared by Wallace, Floyd, Associates Inc.

"The Massachusetts Division of Fisheries and Wildlife (MassWildlife) is responsible for the conservation - including restoration, protection and management - of fish and wildlife resources for the benefit and enjoyment of the public." ~From the MassWildlife web site.

Including the towns of Enfield, Greenwich and Prescott

"The walk from the parking lot at Gate 40 to Dana common along the old Dana-Greenwich Road..."

"About a two mile walk from Gate 40 on Rte. 32a in Petersham, the common affords explorers the best glimpse into the past of a vanished Quabbin town."

"Quabbin's Gate 40 on Rte. 32a in Petersham is undoubtedly one of the most well-known and well-visited areas of the watershed."

"North Dana was a village of the town of Dana, Massachusetts. The four towns of Dana, Prescott, Enfield and Greenwich - located in the Swift River Valley - were flooded for the creation of Quabbin Reservoir, which is part of Boston's public drinking water supply."

A Hike to Doubleday Village

"These photographs are from a hike to Doubleday Village, located about halfway between Dana Common and North Dana in Petersham, Massachusetts, and nestled in the valley formed by Whitney Hill to the southeast and Rattlesnake Hill to the northwest."

"These photographs were taken in Petersham, at an old mill site owned by the Doubleday family for whom Doubleday Village - its residents long displaced by the creation of Quabbin Reservoir - was named."

Ice and Fog, Mist and Mountains: Photographs of Quabbin in March

"Gate 43 is an important area of the Quabbin Reservoir. The reservoir's baffle dam is located here..."

"The town of Greenwich was incorporated per Chapter 37 of the Massachusetts laws on April 20, 1754."

"Before there was the Quabbin Reservoir, there was the Swift River Valley. There were the towns of Greenwich, Enfield, Prescott and Dana..."

"The last town meeting was held in Enfield, Massachusetts, in the Enfield Town Hall, on April 8, 1938, 20 days before the end of the town's official existence."

Quabbin's Mt. Lizzie: Before & After

Photographs of Mt. Lizzie from the Goodnough Dike area.

The Quabbin Chronology: A Timeline of the Swift River Valley

Dana, Ghosts of a Lost Town

"...lured by the stories we’ve heard of Dana’s ghosts. This is an account of our first paranormal investigation at the discontinued township." ~From the newenglandoddities.com web site.

"The FCRAO was founded in 1969 by the University of Massachusetts, together with Amherst College, Hampshire College, Mount Holyoke College and Smith College. From its inception, the Observatory has emphasized pioneering research, the development of state-of-the-art technology and the training of students -- both graduate and undergraduate." ~From the FCRAO web site.

"The Friends of Quabbin, Inc., was formed in 1984 as a non-profit volunteer organization dedicated to increasing public awareness and appreciation of the unique natural and historical resources of the Quabbin Reservoir and Reservation" ~From the FOQ web site.

Including the towns of Dana, Enfield, Greenwich and Prescott.


Haunting the Quabbin: Inside Out

"In this documentary, Inside Out's Sean Cole meets the valley residents who were forced to move out. They still have vivid memories of their lives in the towns that were destroyed.

Cole chronicles the dramatic manner in which the Swift River Valley was flooded and the effect on its residents. What happened is still part of who they are and how they live." ~From the Inside Out web site.

"On this day in 1946, water flowed over the spillway and officials declared Quabbin Reservoir full. Construction took more than 20 years and required the obliteration of four towns in the Swift River Valley." ~From the Mass Moments web site.

"The North Quabbin Chamber of Commerce was founded in 1982 to promote the economic stability of the nine town Athol/Orange region of Massachusetts." ~From the Chamber web site.

"North Quabbin Woods is a project of the New England Forestry Foundation. The goal of the project is to revitalize the North Quabbin economy based on the sustainable use of local forest resources." ~From the NQW web site.

"When folk think about Massachusetts what probably comes to mind is Sen's. Kennedy and Kerry, or the City of Boston, Tanglewood, the Boston Pops, the Theatres, the many famous colleges. But, there is another side of Massachusetts, ...the woods." ~From the Woodsman's web site.

"Quabbin Park Cemetery was established in 1938 when graves from smaller towns were relocated to make way for the Quabbin Reservoir. Approximately 6500 graves were moved to Quabbin Park Cemetery. There are many old gravestones, including many with interesting carvings and epitaphs." ~From the Grave Addiction web site.


The Quabbin Reservoir - The Impact on Surrounding Towns, the History and the Making

"This web site was created by the 2004 fifth-grade class of Pelham Elementary School" ~From the students' web site.


The Road Less Traveled, The Exploration of a Ghost Town Known as Dana, Massachusetts

"Dana was a quaint little town incorporated back in 1801. North Dana was the business district, having contributed largely to the farming industry and the palm-hat industry." ~From the skinut.net web site.

"The students in Ms. Convery's (Swift River School) class took the majority of photographs displayed on this site. They also conducted historical research from primary and secondary source materials and wrote the text descriptions displayed herein." ~From the students' web site.

"All images here were taken at Quabbin Reservation which is located in central Massachusetts, USA." ~Dick Cooper

"Almost 60 years after the flooding of the Swift River Valley, Ed Klekowski and his team of divers from the University of Massachusetts Amherst gained permission to dive the waters of the Quabbin Reservoir." ~From the web site.

"A series of maps in the same format allows one to determine in what year a particular change occurred. These maps were all scanned from Rand McNally Road Atlases." ~From the web site.

Note: These maps show the area before and after the Quabbin Reservoir was built in the 1930s.

"The Quabbin Reservoir, an 87,000-acre state reservation 65 miles from Boston, shows the ability of government to solve an essential societal problem -- assuring a supply of drinkable water to a large metropolitan area." ~From the Globe editorial.


As always, thanks for stopping by and take care.

Have a great day! 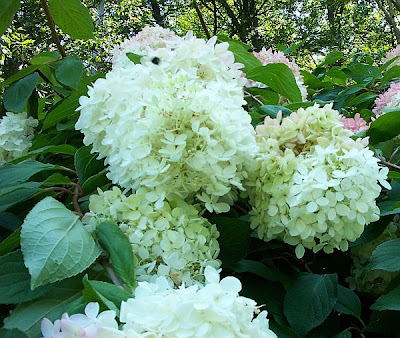 "The moment a child is born, the mother is also born. She never existed before. The woman existed, but the mother, never. A mother is something absolutely new." ~Rajneesh 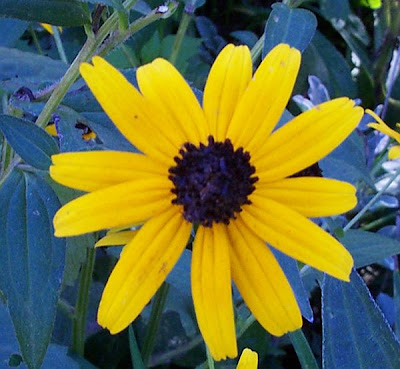 "A mother is she who can take the place of all others but whose place no one else can take." ~Cardinal Mermillod 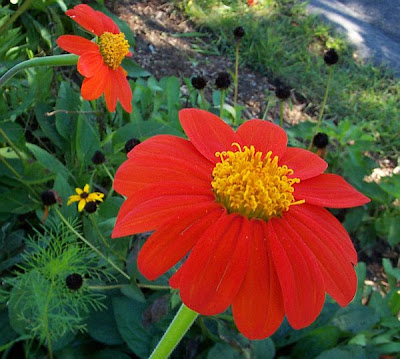 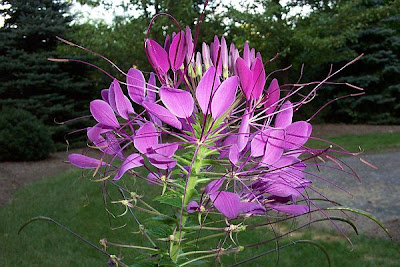 "A mother is one to whom you hurry when you are troubled." ~Emily Dickinson 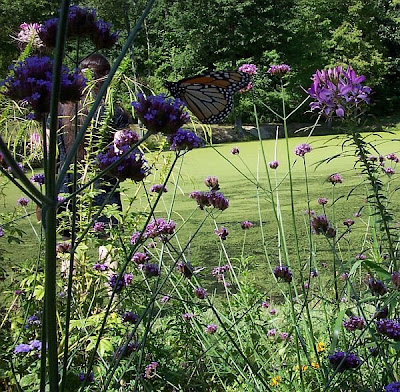 "The most important thing a father can do for his children is to love their mother." ~Theodore Hesburgh 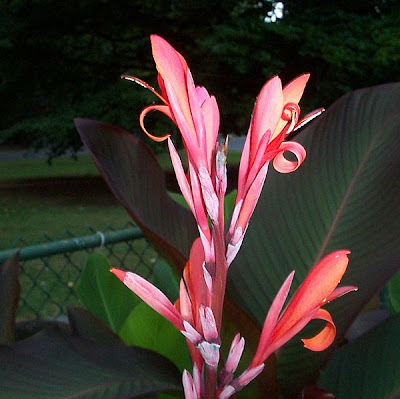 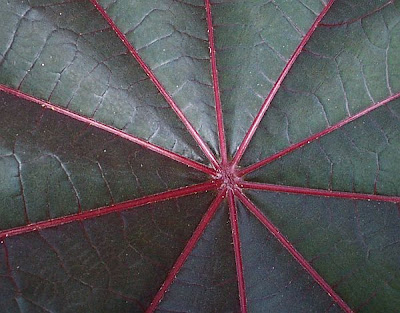 "A mother is a person who seeing there are only four pieces of pie for five people, promptly announces she never did care for pie." ~Tenneva Jordan 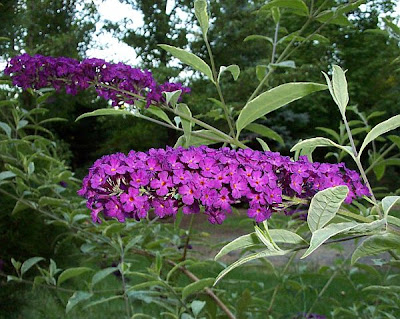 "A mom forgives us all our faults, not to mention one or two we don't even have." ~Robert Brault 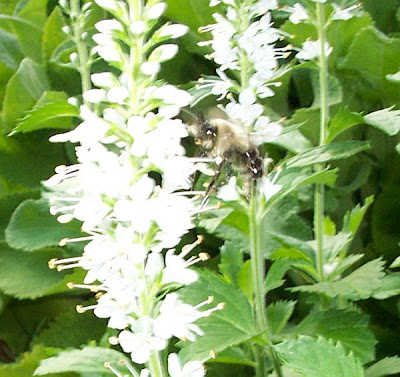 "Mother love is the fuel that enables a normal human being to do the impossible." ~Marion C. Garretty 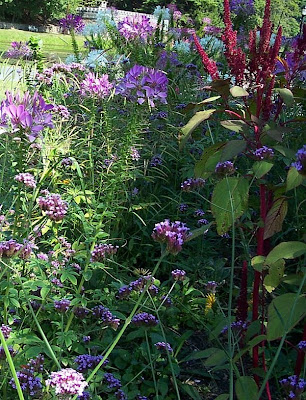 "Children and mothers never truly part - Bound in the beating of each other's heart." ~Charlotte Gray 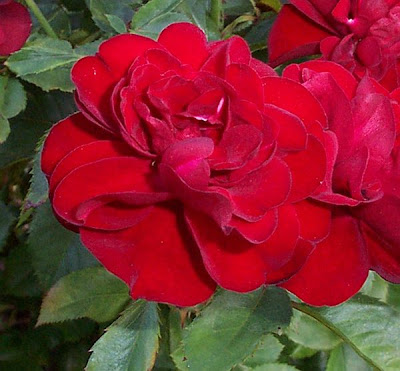 "My mother is a poem
I'll never be able to write,
though everything I write
is a poem to my mother."
~Sharon Doubiago


As always, thanks for stopping by and take care!

A Walk Around Greenfield (circa 1903)

Seems as though the rain may hold off for a bit. Let's take a walk, shall we? 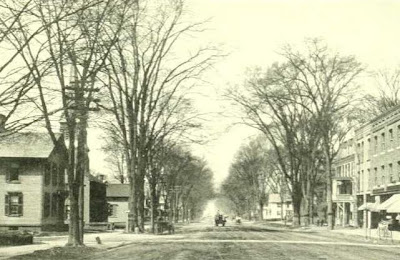 Stepping off at West Main Street in Greenfield, 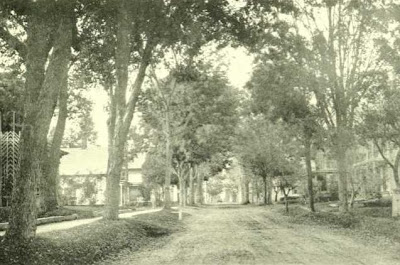 Conway Street is on our left as we head east. 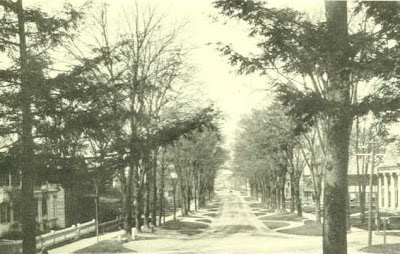 East Main Street brings us to 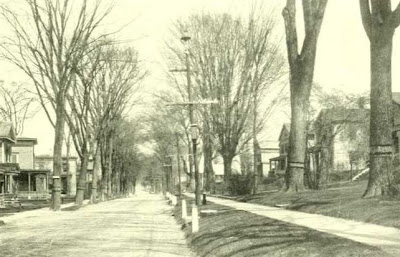 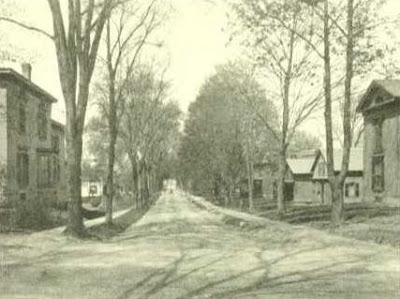 we turn left onto Church Street. 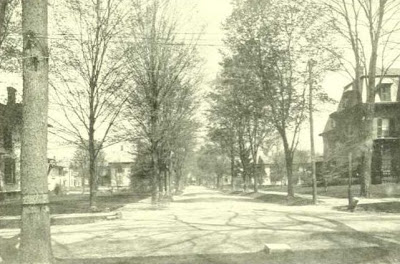 Passing the intersection with Union Street 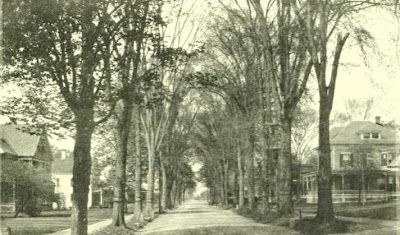 and a little further on, Franklin Street, 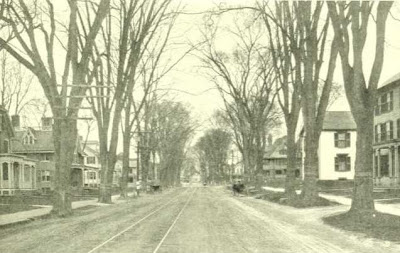 we come to Federal Street and, heading south,

we find ourselves back on Main Street at the Greenfield Town Common. And I'm hardly even winded...

As always, thanks for stopping by and take care. (And thanks for taking a walk with me...)