The Dana town common is a popular destination for Quabbin visitors.

About a two mile walk from Gate 40 on Rte. 32a in Petersham, the common affords explorers the best glimpse into the past of a vanished Quabbin town. Dana actually one of four, the other three being Enfield, Greenwich and Prescott, sacrificed for the building of Quabbin reservoir.

With the remnants of sidewalks and silent stone foundations ringing what was once a vibrant and active town center, a visitor can't help but feel conflicting feelings of discovery and unease - history and loss.

A town hall, a church, a school and hotel. Homes and stores and fields and cemeteries. They were all here. As solid and real as the homes you and I live in today. And now: Nature reclaims.

For more about Dana and the walk to Dana Common and directions to Gate 40, see the recent EWM article: 'Quabbin Gate 40: The Dana-Greenwich Road,' a companion piece to these photographs. For a timeline of Quabbin history, check out: 'The Quabbin Chronology: A Timeline of the Swift River Valley.' 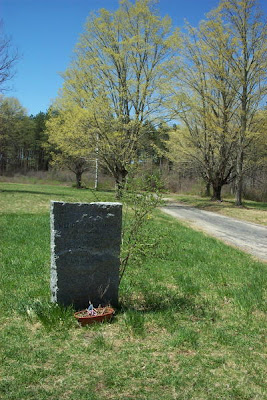 The commemorative marker on Dana Common. Carved into the stone: 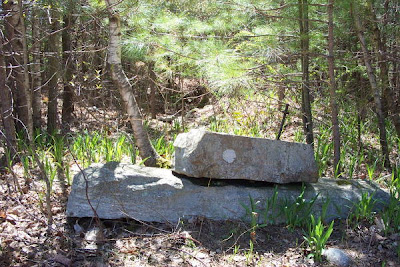 The Marcille family home's foundation is on the south side of the road as you approach Dana Common. This was the site of a suicide-murder attempt in the early 1900's.

Moses Marcille was the town blacksmith.

He died of a self-inflicted gunshot wound in 1907 after shooting his wife twice beforehand. Fortunately, Mrs. Marcille recovered from her wounds and continued living in the house until moving in the late 1920's. 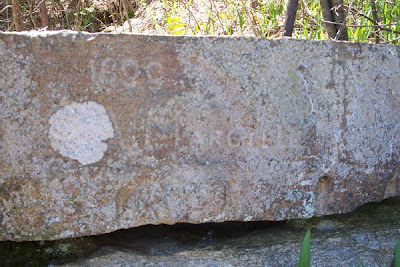 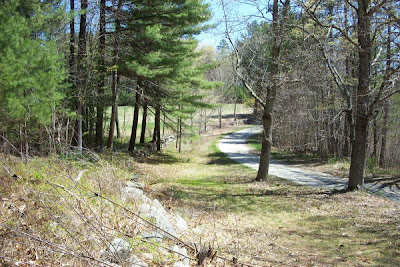 Looking east up the old Dana-Greenwich Road from near where the front of Dana's town hall once was located. 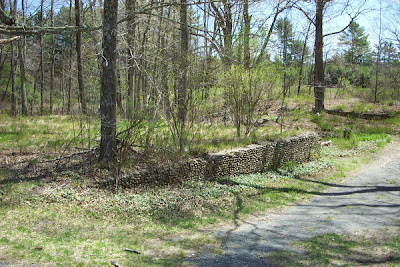 The Vaughn family occupied the home that sat near this beautiful retaining wall, distinctively sheathed with uniform size round stones. The home, facing the eastern tip of the town common, was located across the street (diagonally) from Dana's town hall, schoolhouse and cemetery and a couple of doors down from the general store-post office to the west.

I'm not sure of the name of the road to the right of the wall, which runs southeast off the common for just a short way before disappearing into a nice field. 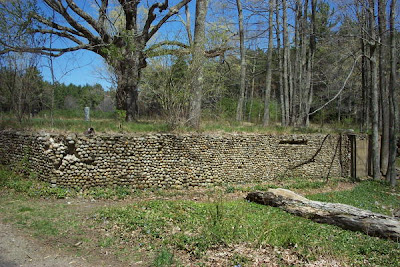 The rear of the Vaughn family home, looking toward the stone memorial on Dana Common and the cemetery beyond. Dana's schoolhouse and town hall would have been off to the right a bit.

Time and neglect are starting to take their toll on the unique structure. 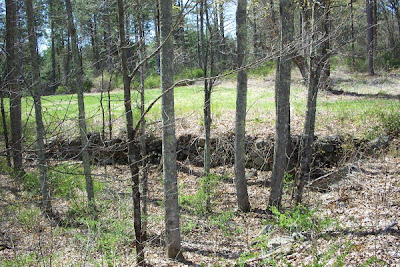 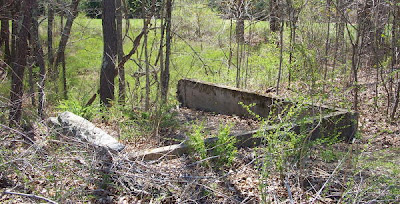 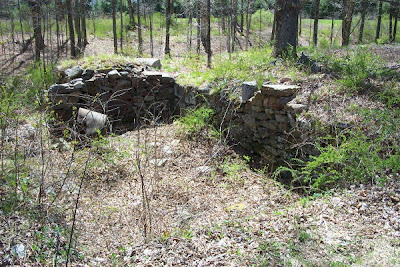 A few foundations along the south side of Greenwich Road, bordering Dana Common.

In the Spring, the maples in this area are sometimes tapped by area farmers with the permission of the Massachusetts Water Resources Authority. 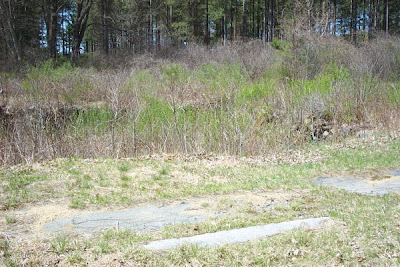 A curbstone and sidewalk remnant in front of the stone foundation of what was once the 15-room Eagle Hotel, located on the west side of Dana Common between Greenwich Road and Skinner Hill Road. 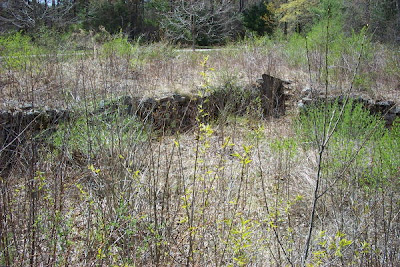 The foundation of the Eagle Hotel looking southwest. Greenwich Road is in the background. A cellar stairway is in the far corner of the foundation to the right. 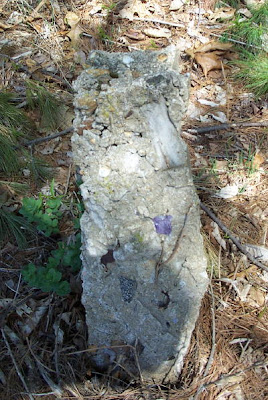 A chunk of concrete near the site of the old Dana town hall. Apparently, they used everything in the mix in the 'old days', from chunks of glass to bottlecaps and other debris. Talk about stone soup. 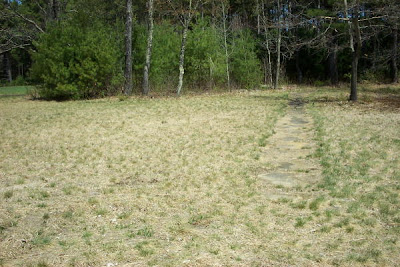 If this sidewalk could talk...

Dana's town hall had served as a church for many years prior to becoming an official public meeting place.

The building was moved to its location on the Dana town common in 1800 by the Universalist congregation, who used it as a house of worship until 1842 when it became the town hall. The structure had originally been constructed in the nearby town of Petersham, and served as a Baptist church there.

Petersham absorbed all of Dana after the town's disincorporation on April 28, 1938. 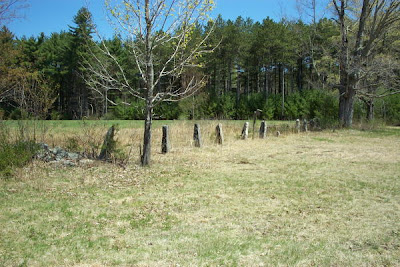 These stone posts mark the border of Dana's cemetery, which once claimed a population of around 700 resting residents. Cemeteries within the Quabbin watershed area were emptied before the flooding of the reservoir, most of the disinterred being removed to Quabbin Park cemetery on Rte. 9 in Belchertown.

The schoolhouse and the town hall were in front of the cemetery, and would have been to the right in this photograph. 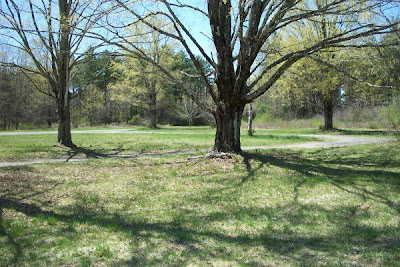 The Dana Common area at Gate 40 is one of the most interesting and beautiful spots to visit in the Quabbin watershed.

For even more town of Dana information, check out the EWM post 'Quabbin Gate 40: The Road to Dana Common.'

And be sure to take a look at EWM's The Quabbin Page for lots of interesting links and resources, including the EWM exclusive, The Quabbin Chronology: A Timeline of the Swift River Valley.

Thanks for your excellent series of articles that inspired me to make a recent visit to the Dana Common. I posted some photos of my own on Flickr and a commenter (presumably related to the Vaughns) claims the stonework on the Vaughn homesite is actually a retaining wall, not a foundation. Thought you'd like to know.

That is not the foundation of the Vaughn house, it is a retaining wall

Thanks for the clarification Brian and Anon! I've modified the post to reflect the correct description.

My wife and I did the walk today. It was a nice walk flat walk to the common from the gate. The walk itself is not very interesting until you reach the common. We also went to the visitor center at the Quabbin and they had nice set of photos about the town of Dana.